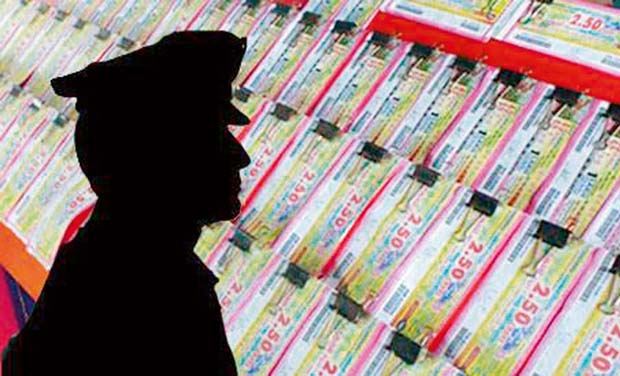 Winning the lottery can be the best thing that can happen to a person. That is if you have a real lottery ticket.

The vegetable salesman Suhas Kadam from Nalasopara thought all his financial problems would disappear once he won 1.11 crore in a state lottery. Little did he know was that his problems would remain since his winning lottery ticket was fake.

Suhas only noticed that his ticket was bogus once he went to the lottery department to claim his win.

Once there he was told that there were three other players that had claimed the same prize and that it had already been awarded to the one who had the real ticket.

So, in the end, Suhas was not the only tricked since two other lotto players also had counterfeit winning tickets.

Sadly, fake lotto tickets are quite a common phenomenon throughout India. There are several large-scaled rackets running throughout almost all Indian states.

Even though several big arrests have been made, like one in Kurunegala, more rackets continue appearing.

Rackets like the one in Kurunegala have been active for years and use modern technology to produce false tickets. With several gangs working at the same time there are thousands of untrue tickets circulating.

Ticket rackets are probably the most common lottery scam in India. Many rackets pay lottery retailers to mix in their fake tickets with real ones. This causes further confusion since you can get both authentic and false tickets from the same dealer.

Previously it was safer to play by buying physical tickets from retailers than it was online but in recent years there has been a huge technological development that has shifted the security aspects of lotteries.

With more advanced printers and design programs, criminals can produce more sophisticated false lotto entries. These tickets are so well produced that it is impossible to tell if they are authentic or not by just looking at them.

You will only realize if you have been fooled or not once you try to claim your prize and the ticket gets scanned by lottery officials.

There is good news though. Even though it is quite common to get fooled by physical lotteries their online counterpart has increased safety tremendously.

First of all, there is more information online allowing you to learn how to spot a scam and to be honest it is not that hard. Fake lottery sites will not have the same layout on their website as an authentic one.

It is easier to protect websites from outside threats such as hackers with SSL encryption making all your transactions safe.

Online lottery websites usually also have a gambling license provided by a country that takes online gambling seriously. This means they are audited frequently to ensure that all tickets purchased are authentic and that all prizes are paid out correctly.

Features such as these make it easier to spot a real lottery site compared to a retailer that sells false Indian state lottery tickets.

Furthermore, there are several Indian lotto comparison sites like this one, that help you navigate the lottery landscape on the internet. I have put down an uncountable amount of hours to offer you the safest way to play online.

I also try to educate you why sites are safe or not as you can read in my lengthy reviews and guides.