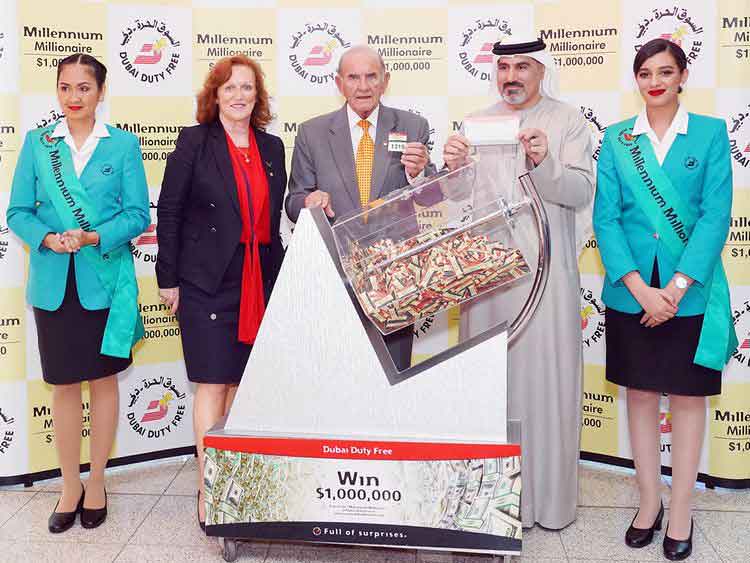 A baby winning a jackpot?

You must think we’re out of our minds. But, no, that’s the truth. A 1-year-old, who actually turned 1 after becoming a millionaire, won the top prize in the Dubai Duty Free draw.

The news is shocking, true.

A baby is the DDF Indian winner? How could he have bought his ticket?

Rahman has been participating in the Dubai Duty Free promotional raffles for a year now. He never matched the right numbers, so he decided to put one ticket on his son’s name.

He purchased the 1319 ticket in the 323 series, and seeing the results of the draw that took place on the 4th of February, 2020, he realized that his son’s ticket had won!

Ramees Rahman, an accountant for an Abu Dhabi private company, shared that he was super excited that they have won the $1 million prize.

“I am extremely delighted with this great news and I thank Dubai Duty Free for this amazing promotion,” said Rahman, adding “My son’s future is now well secured.”

Mohammad Salah, according to his father, was not even 1 still when he won the prize. Rahman said that the baby would turn 1 on the 13th of February, which is ten days after the draw.

Safe to say, Mohammad Salah is one extremely lucky baby!

If you go through DDF lottery history of winners, you will notice many Indian nationals who have won game-changing prizes.

And the best part is, Indian lotto players, do not only have the DDF lottery to try their luck on. They can also participate in international lotteries online!

There are many online draws you can participate in, so if you are in for the win, make sure you purchase your online lottery tickets and wait for the results to come in from the commodity of your home.

Maybe the next draw will be the one that will bring luck to your home, as well. Maybe the next name you’ll find in these kinds of articles sharing news about lotto winners will be yours!

Check out any of my favourite lotteries below if you are ready to test your fate!