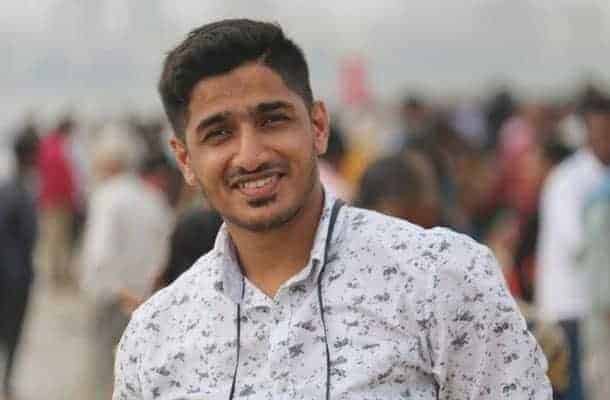 Dh12 Million Shared Among an Indian Millennial and His Roommates

Mohammad Fayaz JA, a 24-year-old Indian working in an accounting office, bought an online ticket on the 30th of September, 2019, to participate in the Big Ticket Draw. He and his roommates were participating in the draw for a while now.

Buying tickets for the Big Ticket draw online became like their thing, their routine, something they do every month. But the draw on Thursday was the life-changing one for this crew.

“This is the sixth time I am buying the Big Ticket online. It is almost a given that my roomies and I purchase the Big Ticket every month,“ commented Fayaz.

Their ticket 059070 had all the winning numbers on the draw held on the 3rd of October, so they all won a share of the Dh12 million top prize.

“We have not decided the breakdown as to who will get how much. But we will all get a big chunk of money for sure,” said the Big Ticket draw Indian winner Fayaz.

Mohammad Fayaz JA is an accountant working in Mumbai but is originally from Mangalore, Karnataka. His family history was unfortunate, but as we can see, his future looks a little bit brighter.

He had lost both of his parents and was left with his older brother and two sisters. When asked what his plans were on the matter of spending the money, the young accountant gave a really touching answer.

“Definitely some part of the money will go for my family. I have but decided the amounts yet. My younger sister is studying so I would like to help her. Rest will go into savings,” said Fayaz.

Considering his past and struggles, he added “I don’t know if I will ever win such a massive amount again. Plus the economy in India is passing through some challenging times. In times like these, I want to safeguard this money to my best ability.”

This is not the first time an Indian player was found on the top of the winners’ list in the Big Ticket draw, and probably not the last time. Indian players love this lottery draw and continue participating in it.

If you’re inspired by Fayaz’s story, and you’d also like to try out your luck on a lotto draw online, you better start preparing your lucky numbers right away.

There are so many awesome online lotteries that you can participate in to win big. Multimillion jackpot prizes await in international lottery draws held every single day. There are even such that hold draws every hour!

So, waste no more of your time, and start playing. You cannot win a prize if you don’t purchase your ticket, so hurry up and do so. You could be the next overnight-made millionaire!