An Indian Immigrant Wins a $2 Million Jackpot on BC/49 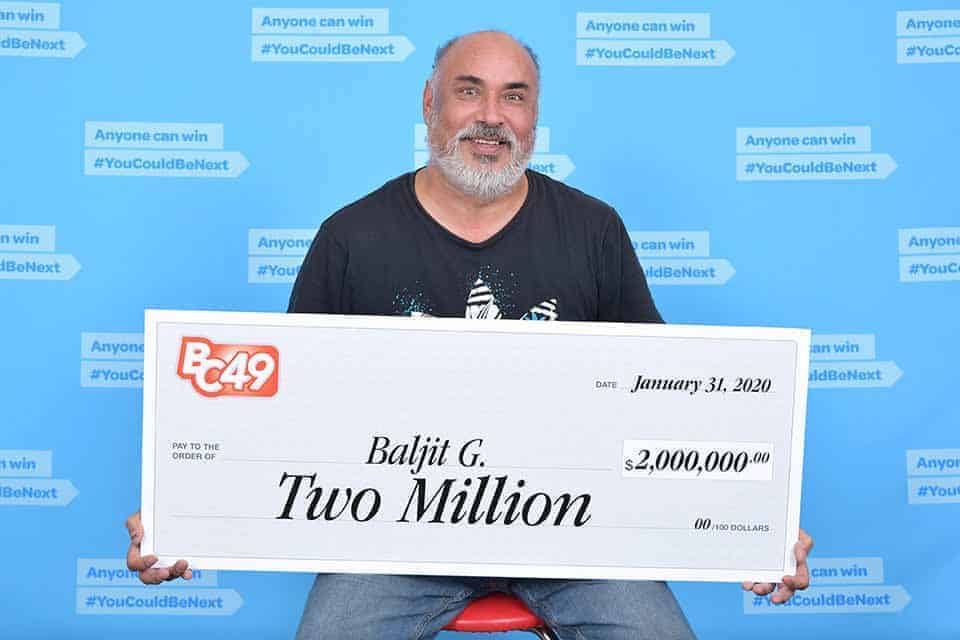 $2 Million Prize Won by an Indian Immigrant in Canada

The BC/49 Indian winner, a truck driver from Metro Vancouver, had a pretty shocking beginning of the new year. On the 25th of January, 2020, Baljit Singh Gill had unknowingly chosen the winning numbers on the BC/49 draw.

He scanned his ticket at the Evergreen Mall and couldn’t believe his eyes. When all the zeros appeared in front of his eyes, he couldn’t stop shaking.

Eventually, he had to call someone to help him. Gill said, “I saw the two and all the zeroes, and I called the clerk over to check.”

Gill has been playing the lottery for two years, hoping to win a prize. Little did he know that at the beginning of 2020, he would match all six numbers to the BC/49 draw.

Considering the odds of winning the top prize of $2 million are one in 13.98 million, it is safe to say that what happened to Gill was a real miracle, becoming the BC/49 Indian jackpot winner.

Gill’s Daughter Is One Lucky Bride!

Believe it or not, before he won the jackpot, Gill spent months saving money for his daughter’s big day. He and his wife were budgeting while in debt, so it was a pretty tough time for them.

As a truck driver from India that immigrated to Canada 35 years ago, he didn’t have the money he needed to give his daughter the best wedding.

But everything changed on the 25th of January. When he picked up his massive cheque at the BC Lottery Corporation offices, Gill shared that a big part of the money would be used to make his little one’s big day a dream come true.

“She will be very surprised”, shared Gill, adding that his daughter was still not informed on the huge jackpot win. Given the life-changing amount, Gill and his wife will, without a doubt, make that wedding an extra special one.

Some of the remaining money, according to Gill, will be used to pay off debts, while the rest of it will be left aside for the future.

If you’re reading the stories we share on our website, then you’ve probably noticed that Indians who travel, have immigrated or played online lotteries, constantly win whopping prizes.

And considering there are so many great international lotteries where you can participate in the draws online, there’s no reason why you should not try your luck, too.

Gill had luck on his side that January, but who knows? If you participate in an international lotto draw online, maybe you will be the next star on our website.

Maybe the next winning lotto ticket will have your numbers on it, and you’ll be the new millionaire!

BC 49 can be played at PlayHugeLottos or you can enjoy any other online lottery at one of the sites below!