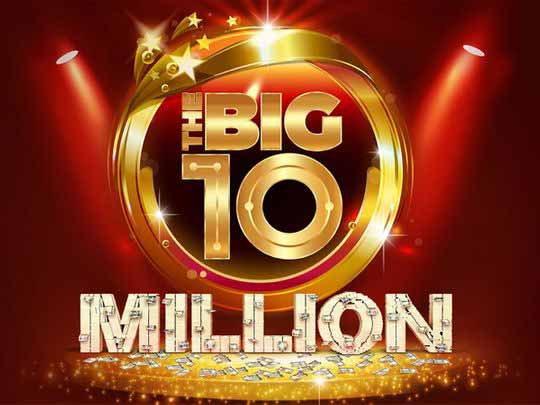 The Big Ticket Draw Indian lottery winner from Kerala, Sanjai Nath R, has been playing the lotto with his six friends for quite some time. In fact, this was the group’s ninth time purchasing a lottery ticket in the draw, buying the it as a group.

They really didn’t think they could get so lucky, so around the second time they participated in the draw, they stopped checking live announcements. However, buying the lottery ticket together as a syndicate became like a routine for them in the end.

So on the last day of May, in 2019, the guys bought a ticket as they normally do. Little did they know that the ticket number 211711 would be the winning ticket on that draw.

On the 3rd of June, right after the draw results were in, however, while Nath was in a hospital with his son, he received a phone call from the Abu Dhabi Airport.

They informed him that the group of friends had won Dh10 million. It was at that moment that Nath realized he had actually become a millionaire, winning Dh1.6 million.

Nath, a family man, and a designer by profession was really shocked when he received the phone call. He wasn’t expecting it, and that’s why this whole thing was even sweeter.

Since he was at the hospital, he had turned his phone off. “When I eventually turned my phone on I saw that I had received a ton of messages congratulating me,” he said.

On the win, he commented, “It came as a huge surprise to me when I found out that I had won.”

Nath shared what he plans to do with his Dh1.6 million from the Big Ticket lottery. He said that even though “it’s still a lot to process at the moment, with this money I would like to use it to support my family and to also give whatever I can to people in need.”

“Even before this win I used to donate money to people in need from my own salary, and so now I’ll be able to continue doing that with even more money,” said Nath.

Being the noble and nice man that he is, Nath added “I firmly believe that we should do whatever good we can in life, money is just paper at the end of the day and there’s no use for me to keep all this money just for myself. Whatever good thing you do will eventually come back to you, and that’s how I look at this win.”

Nath encouraged everyone who hopes to win a big prize “One day it can be their lucky turn, I tried many many times and eventually it was my turn if I stopped after the fifth or sixth time I would never have won.”

“So just keep going and believe, and soon they might be getting that phone call telling them that they have just won millions,” added Nath.

And that’s true. You have many international lotteries online on which you can test your luck. Just keep going, as Nath said, buy your tickets, and when you least expect it, your luck will turn for the better.

You can try your luck at any of the sites below!